Well not too long ago, EDR Performance and my Dad got my Yamaha R1 back together after it was crashed in a race in February.

EDR Performance's paint source, Kevin Miller, laid down the sweet paint job I designed on my new bodywork for the bike. Local friend, Joe Signs, helped me out with some decals too! Finally, the R1 truly felt like mine.

I got to take it down to Thunderhill Raceway recently to practice on it, and it's ready to race again.

I can't wait for the Oregon Motorcycle Road Racing Association season opener at Portland International Raceway at the end of this month on the 29th and 30th!

I also got a 2017 Yamaha R6 which is exciting. Time to turn that into my new Superstock 600 machine for MotoAmerica!

I also got the itch to paint the bodywork for the Kawasaki Ninja 300 I have that's been sitting in a box in storage for over 6 months. It came out really good considering I got it done in about 6 hours start to finish, and I've never painted bodywork before.

Local Ducati dealership, MotoCorsa, does track-days at PIR and I wanted to instruct with them at their opening day. I wouldn't take my race bikes out there since they are tuned for expensive race gas and don't need additional wear and tear, so I was motivated to get the Ninja 300 ready. It's a perfect little play bike, and perfect for the job at hand. 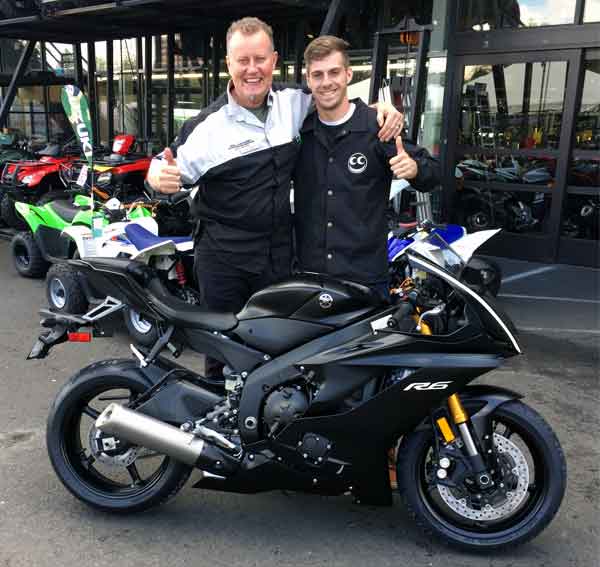 The weather was really tricky at the opening MotoCorsa day, it kept raining on and off, but it was drying up pretty quick giving us slots of dry track time. I pretty much just got to ride as much as I want with no real duty, but that will change next time when the weather isn't causing trouble and I can be given a specific task. I'll likely end up being more of a "marshal", turning laps and just keeping an eye out on folks, and assisting anyone who wants help. That's what I tried to do at least.

I've always enjoyed Monday MotoCorsa days at PIR. Even when I'm not riding, I like to go and hang out. A couple years ago, I was out there visiting and got to chat with the late Michael Czysz, a very influential and experimental rider/engineer from the Portland area who unfortunately passed from cancer not long after. Michael was the founder of MotoCzysz, which developed an electric motorcycle that won The Isle of Man TT, as well as a MotoGP level bike, and other cool stuff. He also gave me a set of race gloves that I used for years when I first met him in 2008. Anyway, MotoCorsa days are great for socializing with motorcycle people, as well as a truly laid back and fun track atmosphere. Usually when I go to the track, I have a very serious vibe and task at hand, but MotoCorsa days were never that for me. Something about riding PIR on a Monday with MotoCorsa just takes me back to the sheer fun of motorcycling. 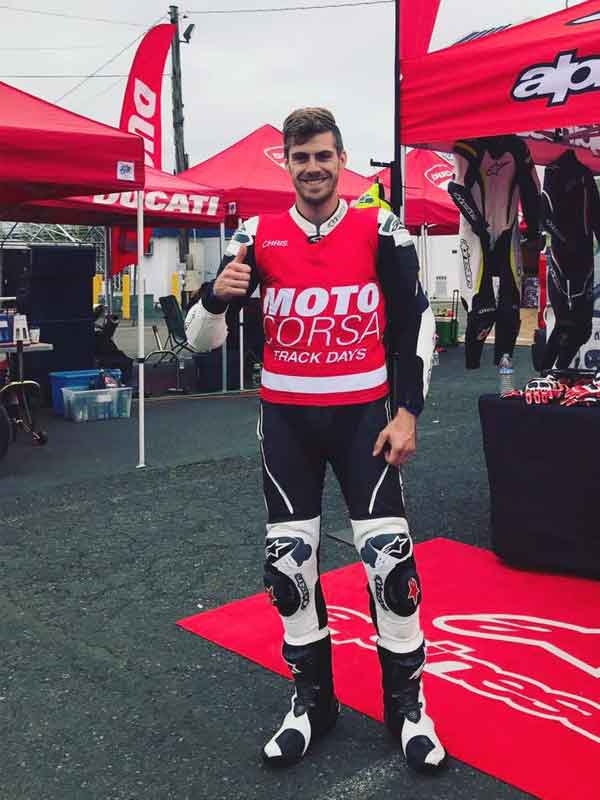 I'm heading down to Perris, California this weekend (April 22nd) where round 4 of the Super Hooligan National Championship is! I have a good points lead, but with 7 rounds to go, anything can happen. I really want to get a first win this weekend. I'll be giving it my all as always, but I'll also be riding smart to try to keep this championship chase going strong! I still can't believe I drove to Georgia for only a night of racing. When I want something though, I'll do anything to make it happen and go after it. Racing comes with a lot of sacrifice, and there's a lot of racers out there that put more on the line than I do. To those folks, I salute you.

I'm very fortunate to be doing what I'm doing. Someone told me to keep chasing the dream as far as I can, while I can, and to have a blast while doing it. Sometimes I get so caught up in what I'm doing, I don't realize that I am actually living the dream right now. I mean, I'm still living at home with my parents, so maybe it's not exactly "the dream", but these times are definitely things I'll look back on with great pride and thankfulness. I will always keep striving for bigger and better things. That's what keeps me going, as it should.

There are very few who actually make a living anymore being a motorcycle racer. Some people have told me you can be good at many things, but that it will prevent you from being truly great at one single thing. I say, screw that. I'm going to keep doing what I do, and try to make a career out of it my own way. I enjoy riding everything I can and I'm EXTREMELY fortunate enough to be able to do so.

This year is still just starting, and my race plans have changed a good 2-3 times since last October. All I have to say is that I enjoy racing motorcycles, whatever it may be. You won't have to pull on my arm to get me to the track. This year I'm trying to take the next step and earn something real from this love of racing to be able to support myself. If I can find a way to make a living doing something with motorcycles, I'll be thrilled. But if not, I'll still be riding and racing. That will never change.