by Andy DiBrino
Round 5 Photos: BadBeard Round 6 Photos: Keith Finch 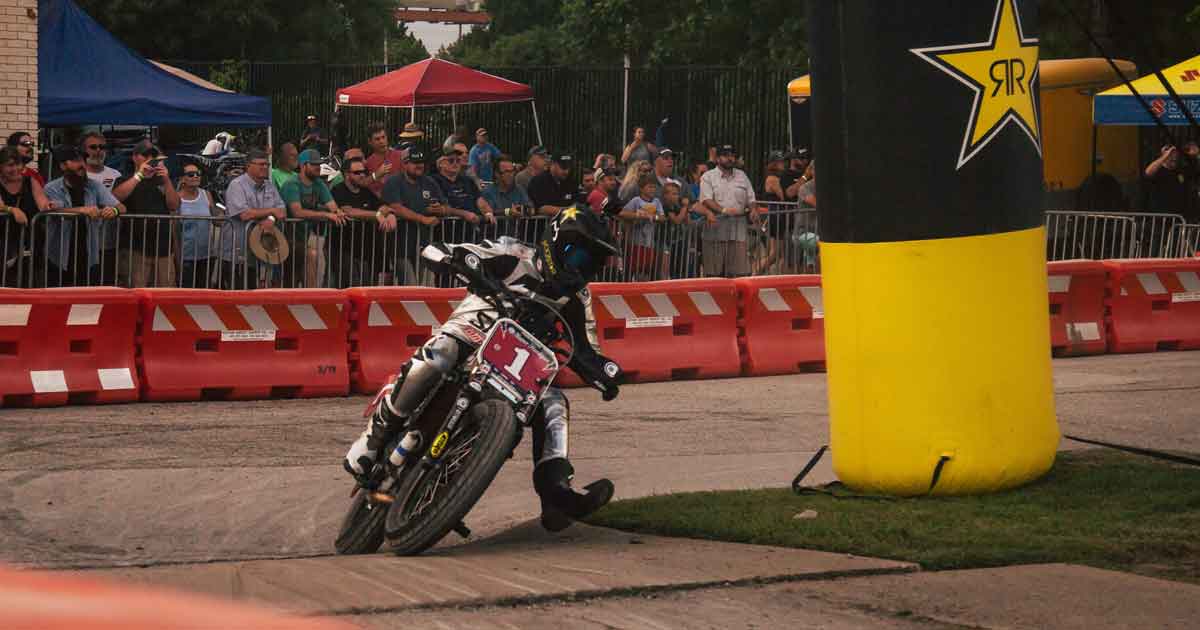 June was a busy month for me. I started out the month with a road race in Washington, immediately followed by my 25th birthday. Didn't get much of a chance to celebrate being it was on a Monday, and I was headed to Tulsa, Oklahoma first thing in the morning on Wednesday. A lot of preparation goes into this trips, especially when you plan to be on the road for about 10 days for 3 different races, one of which I was just transporting a friends bike too. At the conclusion of the trip, I actually got to fly home for once. Straight back to Portland first thing in the morning just in time to catch a practice on my road race bike for 2 more days of racing. It was a fun journey.

Backing it up a bit, I drove alone to Tulsa. There I met my dad who flew in Friday afternoon before Saturday's race. Round 5 of the Super Hooligan AMA National Championship was taking place downtown there. The event was called the Mayo Moto Street Classic, and it had everything from live music, to a motorcycle museum/show, and of course, races. The track was a supermoto style track, winding its way through parking lots, alleys, and a couple roads. Thrown in the mix were a couple small dirt sections with jumps. The track was tough, as the surface was far from perfect and provided a lot of challenges, and the jumps really separated the men from the boys. 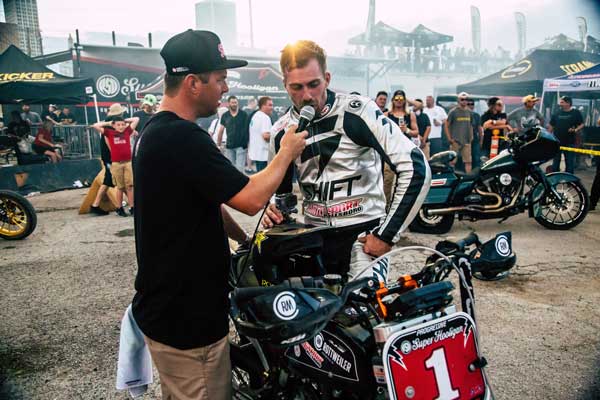 When it was go-time, I was able to win the Super Pole qualifying session. I really enjoy Super Pole, which is essentially just time trials. A single rider on the track, given 4 laps to turn his or hers best lap time. The lap times would then rank the field from fastest to slowest. It was an exciting session, with my friend Frankie nearly beating my time. I had to watch a lot of fast guys go out and try to beat the time I set, and it was a bit climatic as Danny Eslick, a multi-time Daytona 200 winner and the Tulsa local, was last to go out and the only person who could possibly beat my time. I was on a blistering lap before crashing off the final jump a couple corners from the line. Going in to the Dash for Cash, I would start first.

I was able to grab the holeshot with ease in the Dash. My KTM was working great for me on this track, and my supermoto roots really helped me. In the short 4 lap sprint, I walked away with it and took the checkers first for $500. It gave me the confidence I needed for the main event. With Joe Kopp winning the first 4 races, I knew I had to end that streak. And this was the perfect track for me to do it. I felt the only option was winning. When the green flag waved, the 13 best Super Hooligan racers thundered off the line through the narrow alleyway into turn 1. I got the holeshot, and rode hard to try to distance myself immediately from the pack.

I knew Joe would get a good start from 3rd on the grid, and likely be right behind me in second, which was the case. But to my surprise, a challenge did not mount, and I was able to slip away. At this point, my worry was lapped traffic or a red-flag. A red-flag and restart is the worst thing to see when you have a big lead built up. To my surprise, there were no incidents on the tight and tough track and it was a clean race through and through. I claimed my first win of the season with a solid ride and convincing lead. Joe would finish second, followed by Jordan Graham. 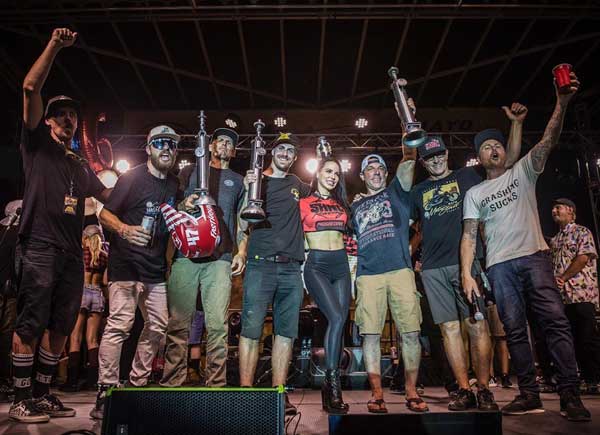 Getting this win was a huge monkey off my back. I had been so close every race this year. Tenths of a second had been the difference each race until now. After all the hard work my sponsors and I have put into making this KTM 790 what it is, it felt great to reward them with the result. We all knew the bike was capable, and I knew I was capable. The celebration was short, as the next morning it was back on the road for me and round 6 of the series was less than a week away in California. I immediately began thinking of that race and what I needed to do.

Round 6 of the Super Hooligan AMA National Championship was held in Perris, California at Perris Short Track. My rival Joe Kopp was not in attendance, due to conflicting family plans. In the series, we do get to drop our lowest event score. So essentially, he can miss a race and not have it hurt him, so long as he is successful at all the remaining races. My worst finish is a 12th after not finishing in Texas, so I am hoping that will be the score that I won't use. Anyway, with Joe being gone, I had to capitalize on that. Joe is a fierce competitor, and a lot easier to beat if you don't actually have to race him.

With the Harley-Davidson Hooligans X Games qualifier in town the day before, a lot of out of towners showed up, and of those were a few really fast guys I hadn't heard of or raced before. Winning wasn't going to be easy, but I put myself in a good position by starting the night off with a heat race win and a direct transfer in to the Dunlop Dash for Cash and the main event.

In the Dash, I had an insanely close battle with Kole King, narrowly edging him out at the line after fending him off all race. I was definitely feeling the heat from the out of towners going into the main event. The really shook up the class, with a lot of the regulars starting further back in the main, and some not even making main.

When the final on the line and the green light went out, I was able to snag the holeshot. I had a swarm of Harley's right on my tail, followed by the rest of the pack containing Indians and a Ducati. I rode hard but smart, making sure not to blow my line, and to protect the inside. As laps winded down, I began to open up a bit of breathing room over second place, and I was able to win my second race in a row! It felt really good because despite Joe not being there, we had some really good guys come in that were capable of winning that race hadn't I got the holeshot. Also to win without my dad being there was a really tough thing for me mentally. Having him for support always makes the races easier. Luckily I did my homework and was able to show up with a dialed bike and not need any changes made. 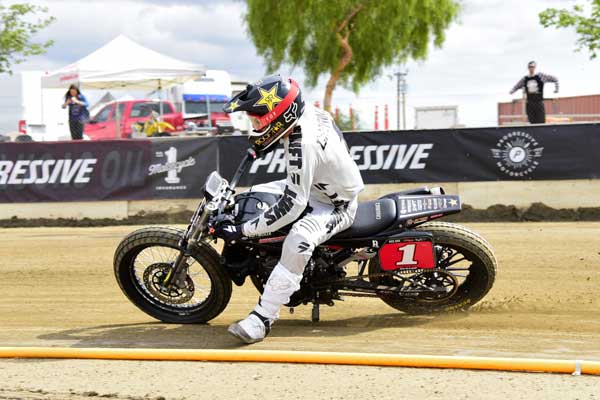 I want to give a big thank you to my sponsors:

So there you have it, 2 wins in a row. Now we have a month off, and will be back on the circuit in August for the Buffalo Chip TT in Sturgis. - Andy