I just got back home from a 2-week trip to southern-California. Business brought me down to Chuckwalla Valley Raceway, where I had 4 days of coaching booked. Two of the coaching days were prior to the CVMA racing series. After I wrapped up coaching, people began asking if I was staying to race. With no race bike (my ZX-10R is getting rebuilt at EDR Performance) I told folks "no". But soon after, my friend Joe from Kramer Motorcycles USA offered up a ride HKR EVO2 R for me to race. I had never ridden the KTM 690cc powered machine before, but it had been on my bucket list for a while. It was a no brainer, so I signed up for some races on it!

Saturday morning, I threw a leg over the machine for the first time. Last time I raced with CVMA was in 2017 when I raced my Yamaha R1 for the very first time. I had a lot of success that weekend. However, this time around, we were racing the opposite direction (clockwise). Having coached the couple days prior, I knew my way around the course. And going from my 187HP ZX-10R track-day bike to an 81HP Kramer that weighed about half as much was a piece of cake. I had to adjust my riding style and ride a lot harder than normal. It was fun to attack the track as hard as the Kramer allowed me! With only 10 laps of practice under my belt, I was able to go out in qualifying and put myself and the Kramer on pole position! 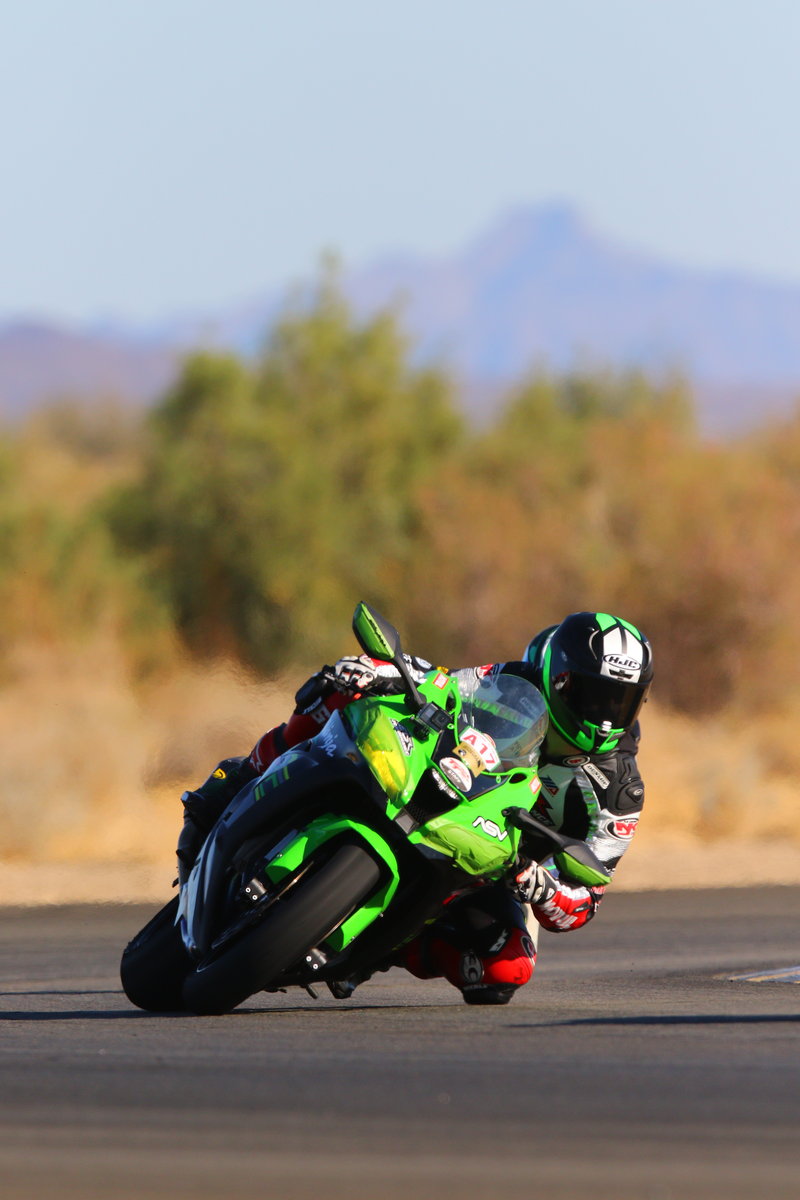 One of the cool things about hopping on the Kramer was the opportunity to showcase the Dunlop racing tires. I have been with Dunlop for basically a decade now. Most people racing on the Kramer's have ran other brands and have not done much with Dunlop yet. My first race out, I was able to get a win! It was a hard-fought win. I got shuffled back to 3rd place on the opening lap and had to make my passes in the final stages of the race. My second race on Saturday went well too. I led until the last lap but finished second to a very fast rider on a Yamaha TZ250 grand prix bike. At the end of the day, some locals told me I was within a second of the class lap records. So going into Sunday, my plan was to put on a brand new pair of Dunlop tires, as well as some VP Racing MR12 race fuel! The fuel would get me an easy 5 extra horsepower. But at $160 a can, it was not going to be cheap. 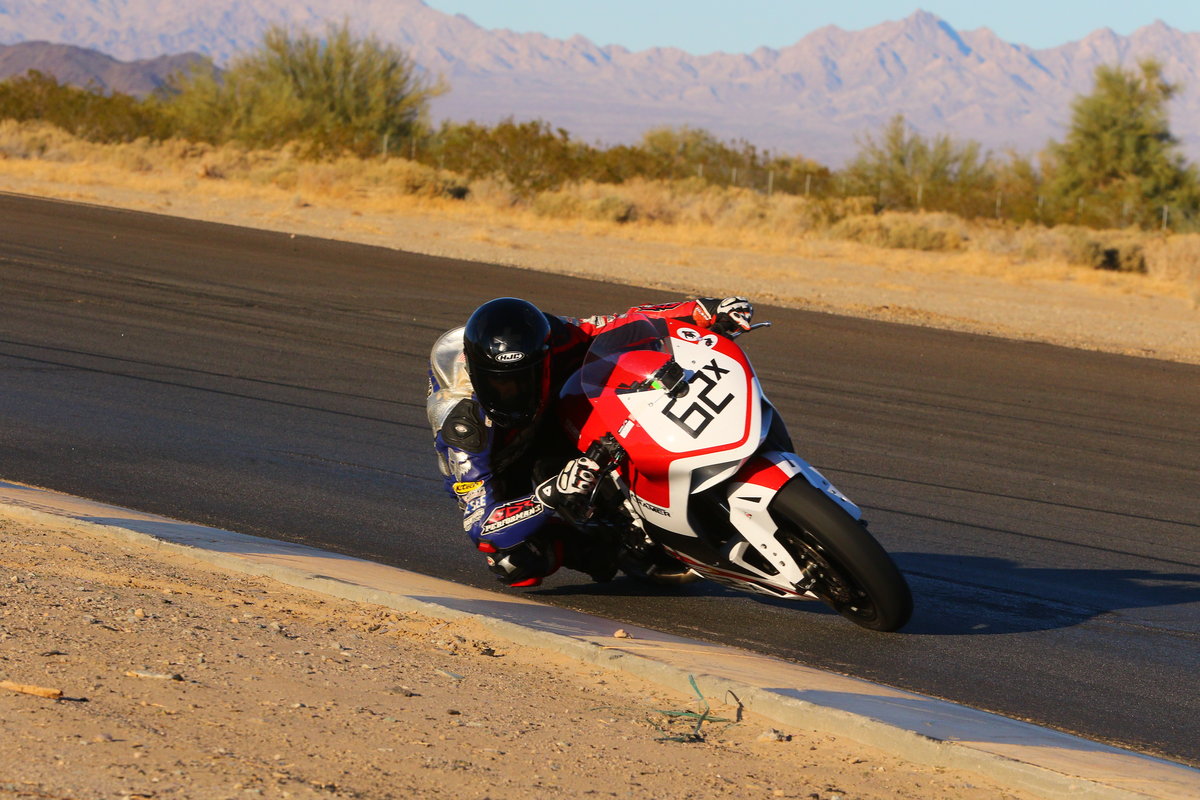 Sunday morning, I went out for morning warm-up at 8:30 am, and was able to match my best lap time from racing Saturday! I felt extremely good, and the track/ temperature conditions were not even ideal yet. I skipped second practice, and had Dunlop mount up some new 0129 compound slicks front and rear. We also topped off the tank with MR12. First race up was Formula 2. The lap record to beat was a 1:51.5. I was going to need to drop just over a full second off my lap time to beat it! I was able to pull the holeshot and pull away from the competition, including the TZ250 that beat me Saturday. I felt confident with the bike and my riding. The fuel made a noticeable difference in throttle response with the bike, which helped me get out of the corners even faster! The new Dunlop's provided me with all the grip I needed. I could push as hard as I wanted comfortably. And I broke the lap record with a 1:51.210! Which is actually a new outright lap record as well in the clockwise track configuration for Lightweight category bikes (SV650's, MT-07s, Kramer's, etc). I rolled it on home to another win.

Coming off the record and race win gave me a lot of confidence and excitement going into my final race of the weekend, Formula Twins. Once again, I got out to the lead early and began trying to set a blistering pace. This time, the TZ250 rider was able to keep up! But it was me that prevailed with the win, and a new class lap record of 1:51.3. I felt I could have dipped into the 1:50's, but the battle didn't allow me to do so. But overall, I couldn't complain with another win and record!

I cannot thank Joe at Kramer Motorcycles USA enough for the opportunity to race. The weekend was so much fun! Big thanks to Dunlop tires for the support as well. The unplanned weekend was a great boost of confidence for me during this off-season. And because of my performance, it looks like I will get to race again at the next round of CVMA (on a different bike)! 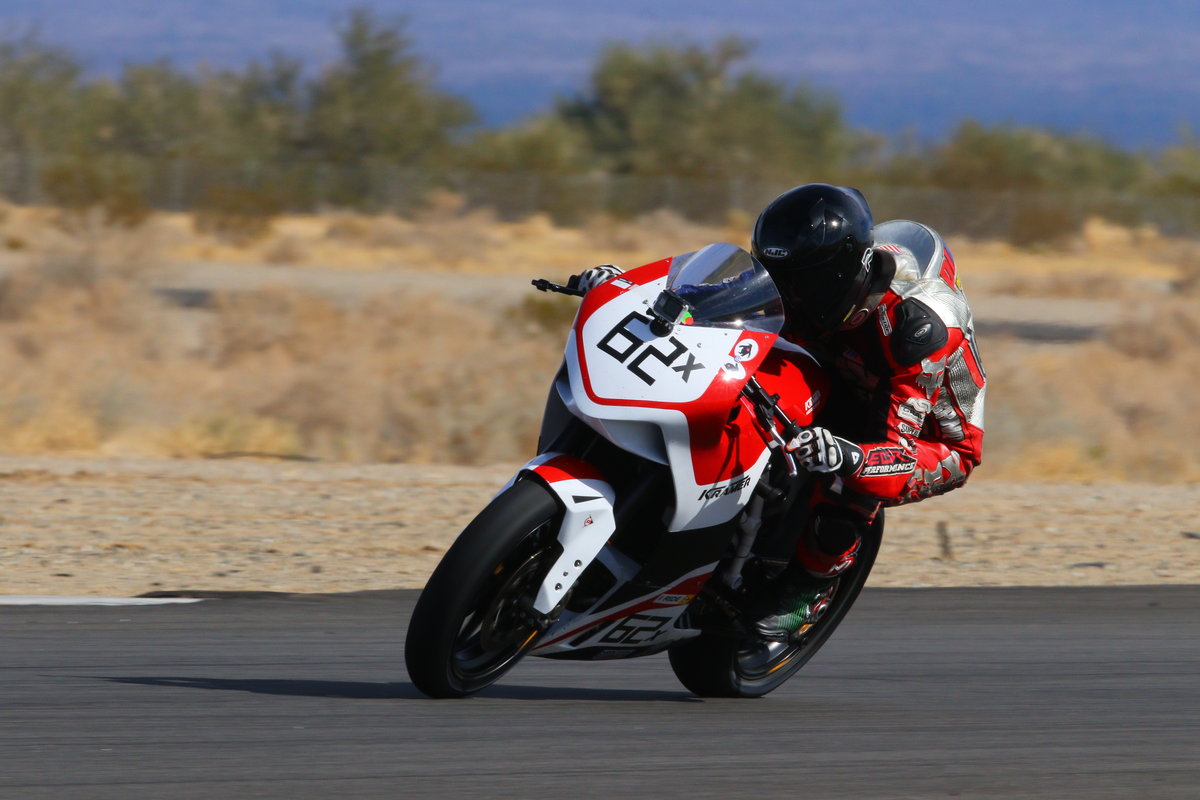 After CVMA, I stayed in the Oceanside area with Josh Hayes and Melissa Paris. Josh is a 4-time AMA Superbike Champion, and Melissa is an extremely accomplished motorcycle racer and champion herself. Her and I used to race against each other in the MotoAmerica Superstock 600 series. While I stayed with them, we rode motocross 3 days, and did some cycling. Then it was back off to Chuckwalla, where I finished my trip with some coaching.

Can't wait to go back down! Hopefully I can set some more lap records in the counter-clockwise configuration.