It's been a strange couple of months since the stay at home orders got put in place. Though it's been a major setback for a lot of us, it hasn't all been bad. During this time, I've been able to spend a lot of time with family, and close friends doing things we normally don't get to do together, or not as often as we'd like. It would have been nice for things have been normal so I could have continued to be traveling and racing. But at the same time, it's been kind of nice to get a break. 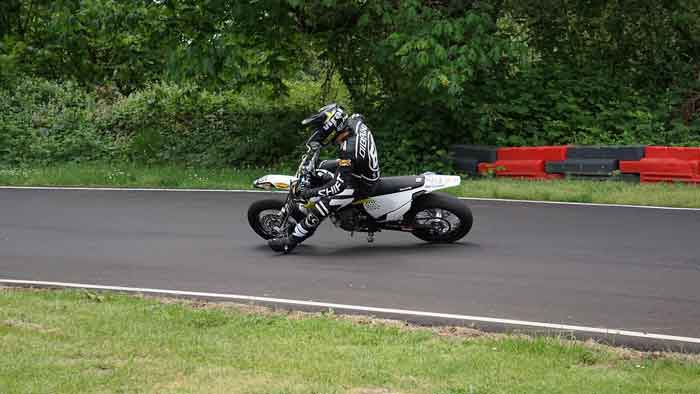 My off seasons are so short. Typically Super Hooligans ends just before Halloween, and then starts back up first thing in February. So I get 3 months off. And during that time, I am still very busy. I am racing down at Salem, figuring out plans for the next race season, working on sponsorships, and trying to get bikes built and ready. There is literally no downtime. That 3 month period happens so fast, especially with the holidays! This last winter was the worst offseason I have ever had from the standpoint of being busy and stressed out. So much work went in to have my hooligan bike ready for The One Show in Portland for the Super Hooligan series kickoff.

Hooligan bikes require a lot of custom fabrication. I was making multiple trips 6 hours east into Idaho and 3 hours north into Washington for parts to be made. Plus making multiple visits to the track to test new suspension, parts, and lead weights to get my bike up to the 400 pound minimum weight rule (I had to add 75 pounds). And during that time leading up to the event, I was going through a lot trying to learn if I was even going to be allowed to race. That all has to do with some drama I don't want to dwell on, but anyway! The One Show race happens, I win, and the season has officially started. I had some races in late March and early April on the calendar. But by mid-March they were postponed. So all this time we have had up until now has made for an extended offseason essentially. 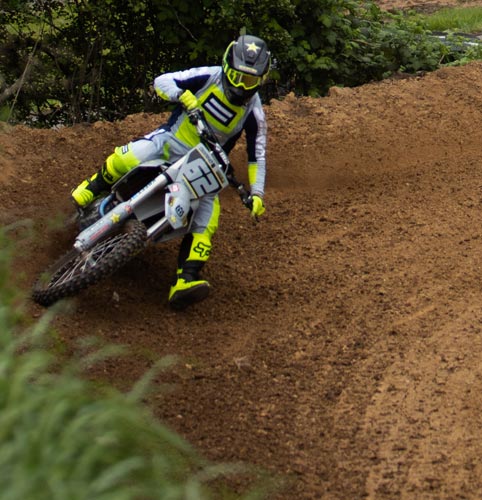 To be honest, it's been kind of nice to have a breather from it. I do miss racing, and I am getting anxious for it to start again.

I was supposed to race MotoAmerica this month at Road America in Wisconsin, but we decided not to since I haven't even rode my race bike yet.

We would've had it ready in April for OMRRA (Oregon Motorcycle Road Racing Association) if that hadn't been cancelled.

But anyway, the build got delayed a bit and since it's a brand new machine to me, we think it's wise for me to get a little seat time on it before showing up at MotoAmerica. If I were racing a new R1, it wouldn't be an issue at all, because I have lots of experience on that bike and setup information. I could show up to Road America with no practice on the bike and be competitive. I am sure I would still do fine doing that with the new ZX-10, but I rather wait until I know I am ready. I want to show up ready to podium! With that being said, I am scheduled to ride at The Ridge Motorsports Park later this week. I am eager to at least jump on my stock ZX-10 if the race bike isn't ready.

So anyway, I have still been pretty busy during quarantine. I have been taking a couple of online classes with Portland Community College. Still chipping away at a Marketing degree. I have been riding dirt bikes at home and at my neighbors multiple times each week which has been fun!

I have even gotten out to Pats Acres Racing Complex, a go kart and motocross facility out in Canby, Oregon.

It's one of my old stomping grounds from back when I raced Supermoto. It has been really nice to be going back out there regularly. I've been able to get a couple of supermoto/ mini road race days going out on the kart track. I am working with Pats to grow their motorcycle scene there. I have helped them build a flat track, which is attracting some riders that have never been out to Pats before. I am basically their new in-house riding coach.

If you want to get coaching out at Pats, I am the guy for motocross, supermoto, flat track and road race coaching!

So that's been really neat for me that they've been so accommodating. I've been working out details for a while now, and now I am finally ready to get going on coaching out there. 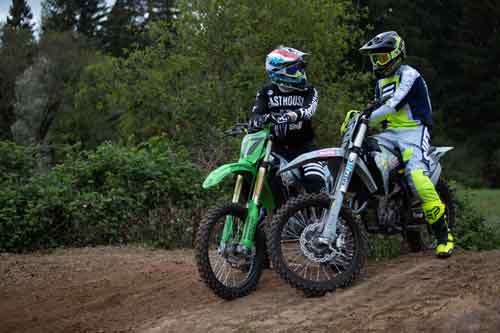 Probably the most major thing that's happened in this time period is that I have started my first 4-wheeled sport: drifting. Drifting is something I have always been a fan of, but I never had any intention of getting into it. I have my hands full with motorcycles and that is expensive enough. But here I am at Pats Acres one day riding supermoto, and I was sharing the track with some drifters. It was pretty much my first time watching drifting in person, and I was definitely digging it. Next thing I know, the track owner points me towards a car and says "ride along with this guy, he's one of the best in the world." So I jump in of course, and get the ride of a lifetime! The first time being pitched into a corner completely sideways made my heart drop. I would say I was scared for just that first turn, until I almost immediately became familiar with the sensation and trusted the driver. The driver was Chelsea DeNofa, a Formula D winner. After a couple laps, I got dropped off in the pits, and jokingly my first words were "how much to get into this?" 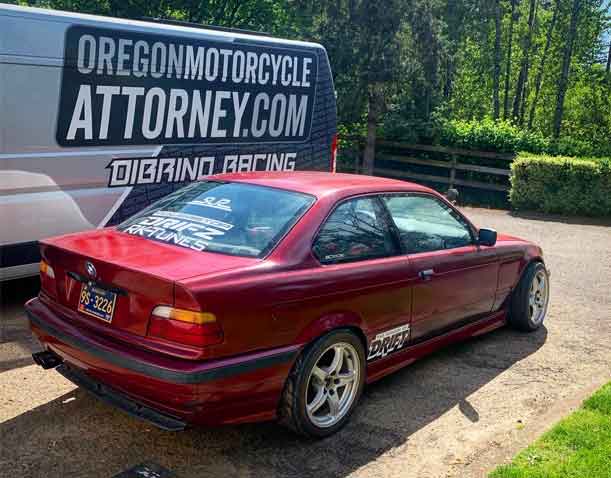 That night I went home and looked at drift cars for sale on Facebook marketplace and craigslist almost all night, while also watching dozens of YouTube videos on drifting. I couldn't even go to sleep because I was so stoked on it! I knew I wanted to get behind the wheel myself. So before I bought a car, knowing nothing about cars or if I could even drive one, I went out to Pats Acres for a school. A drift school, ran by Chelsea DeNofa! How convenient, that in-house, there is a fleet of prepped BMW E36 drift cars? To me, the investment in some training was going to be worthwhile in finding out if I had what it took to drift. To nobody's surprise, except myself and maybe Kelly (my instructor), I had what it takes! I was a natural, and in a 3 hour session, I was drifting around the track like a veteran. I couldn't have asked for it to go any better, and I couldn't have had any more fun than I did. After the session, I talked with Chelsea about cars, and started eyeballing one he mentioned he'd sell. It was double what I was originally planning on spending, but I realized I needed a better car than I originally thought. Having found out my driving ability was pretty high to start with, I would for sure want a car that can perform highly too. So after a couple of days of digestion, I committed to buying a BMW E36 off Chelsea and The School of Drift. It was a recent build of his that was fully setup. Literally a turn-key drift monster. If there was a drifting track-record at Pats, this car would own it. A few days later, I went out to Pats to pick it up, and I got an hour of driving in with it, and Chelsea to coach me personally during that time. I am really excited to drive the car again! We will see where this goes. For now it's just for fun. I think it will be great for content creation and promoting some of my sponsors that are motorcycle and car companies. I love sliding though. The feeling of sliding a car is just as addicting as it is on a motorcycle. I was surprised how much transferred over between road racing and flat track, to drifting.

Hope to be back to racing soon, and see everyone I've been missing for the last few months!
- Andy