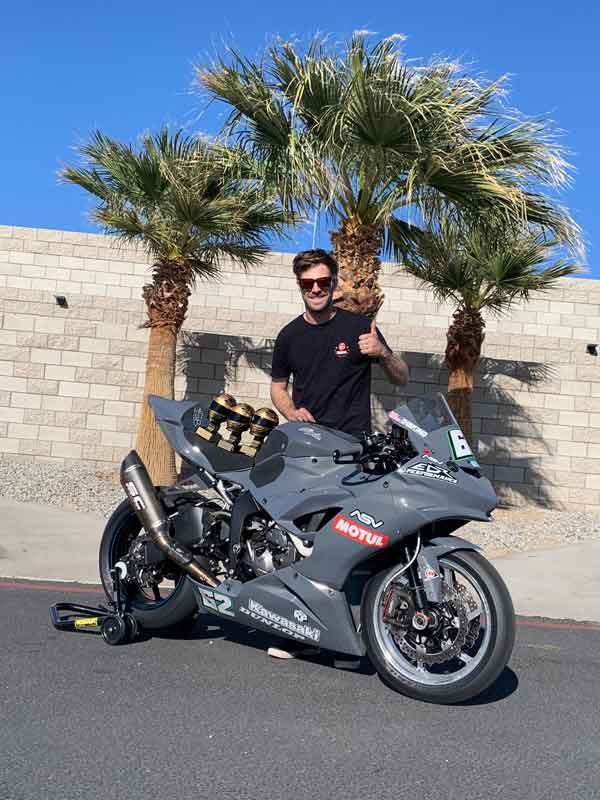 After January's impromptu racing at Chuckwalla Valley Raceway, I got the call from my friend Warren Brones, asking if I would be interested in racing his 2019 Kawasaki Ninja 636 at the next round in February. I said yes immediately, and a month later, I was back racing with CVMA!

I have ridden this bike once before at The Ridge Motorsports Park. I won a couple races on the bike, so I was familiar with it. This particular race weekend at Chuckwalla, we were racing the opposite direction, counter clock-wise. I raced this direction once before exactly 4 years ago. So, I was familiar with the track direction as well. I was able to qualify on pole position for the 600 races.

Each day I had just one 600 race. I ran in the Formula Middleweight class. Warren's Ninja 636 is far from stock, and not legal for the Supersport races. But to get more racing in, I simply jumped into the 1000cc open classes and gave myself a fun challenge. Both 600 races I was able to pull the holeshot and distance myself from the field to take the wins. Winning those races were fun, but I had WAY more fun battling in the 1000 races. 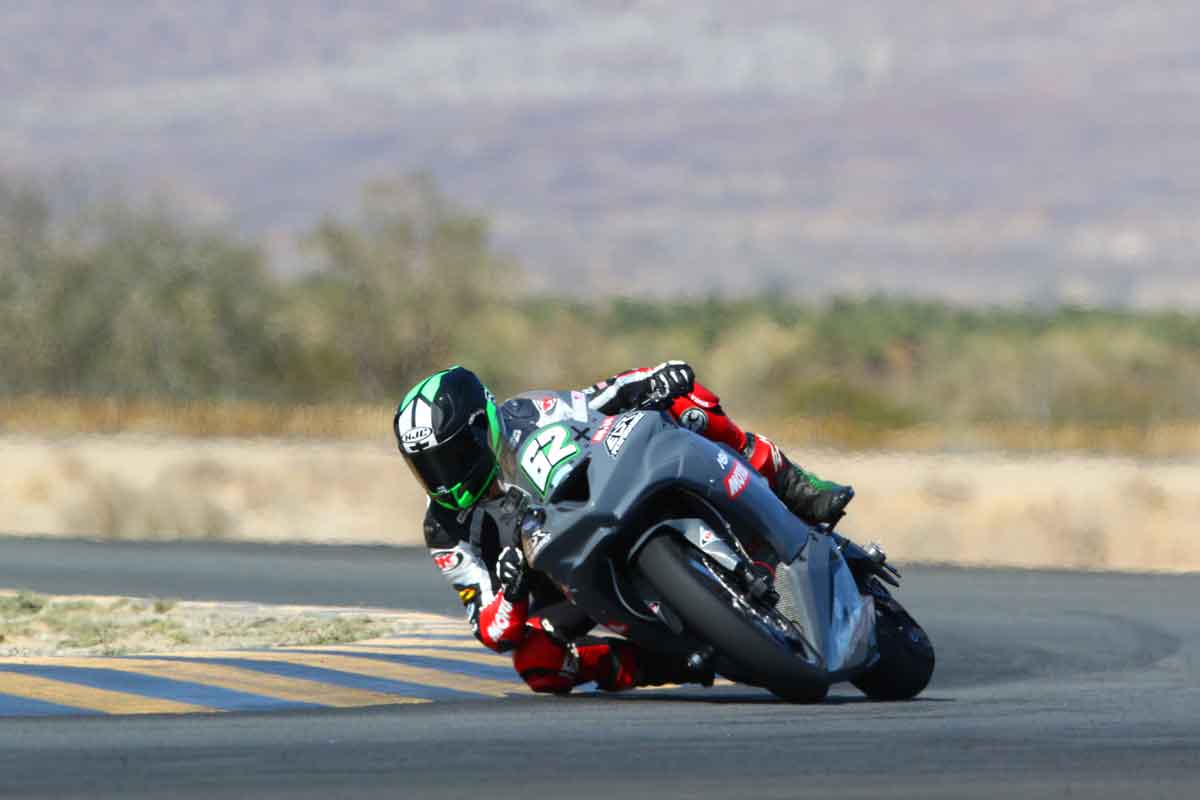 During Saturday's Formula Open race, I had a great 3-way battle with a couple fast MotoAmerica riders on their GSXR-1000 Superbikes. I was able to run a 1:46.7 lap time, which is blistering fast for a 600 at Chuckwalla. I was not able to make any passes that stuck, and I finished 6th. On Sunday, I was able to get a hole shot in the Formula Open race and finished 2nd against the same group of guys! Being about to get out in front early and distance myself in the corners gave me the edge I needed to fend off the 1000cc bikes.

Sunday was very windy, making it challenging just staying on the track at times! There were even occasional sandstorms blowing sand across the track, and even a couple tumbleweeds at times. I was hoping to better my 1:46.7 lap time on Sunday, but conditions didn't allow. 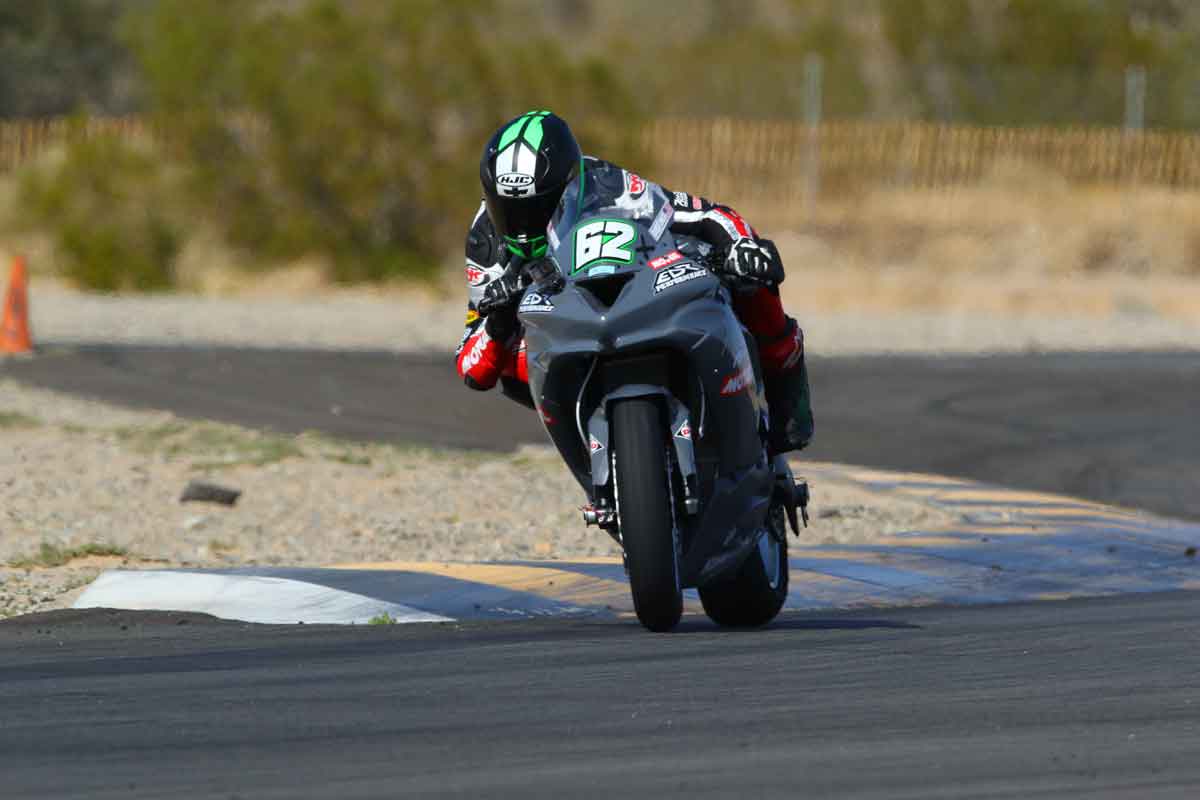 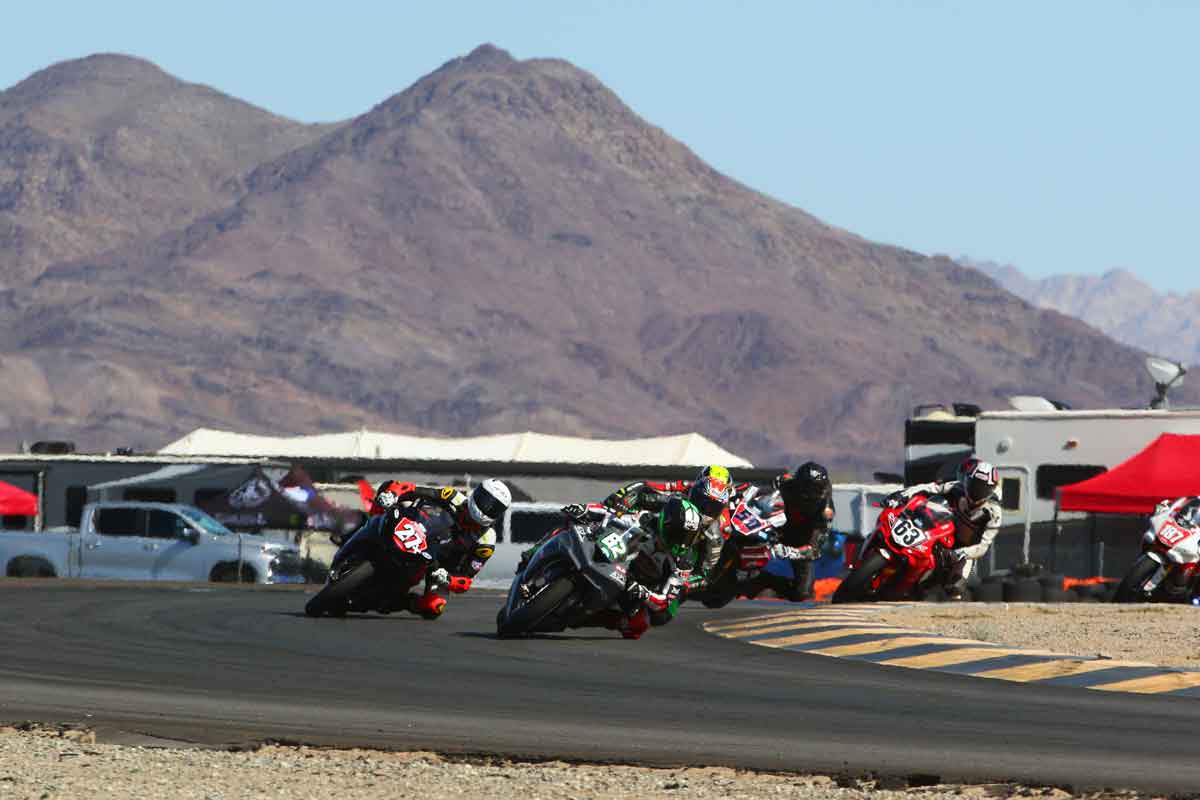 The biggest race I entered "The Shootout", which is CVMA's premier race that also ran on Sunday. I had my work cut out for me this race, because I was starting from the end of row 3. I qualified higher, but there was an error on the grid sheets, and I did not notice it soon enough to have the club fix it. Starting from row 3 was tough, but I managed it. I think I could have pulled the holeshot again had I been on row 2. Anyway, I was stuck behind one of the ADR Motorsport Superbikes for what seemed like half the race. Finally, I got by and was able to track down the next rider, who had a large gap on me. We played cat and mouse for a while, and I made my pass. Half a lap later, I almost high-sided coming onto the front straightaway, throwing me into a tank-slapper. I lost my momentum, and the other rider was able to sneak back by me! After that, I just could not make anything else happen. Both of us had exhausted our tires, and without the grip, I couldn't use the 600 corner speed to any advantage. So, I finished a close 5th. It was still a great, fun race!

Getting to race this time of year has been a great thing for me. It is getting me motivated for the season and tuned up as well. Even though I am not racing my own ZX-10R, the seat time alone has been valuable, and it has been really fun racing other types of bikes I don't normally ride or haven't tried before. The sunny southern-California weather has not been bad, either.

Maybe you'll see me on the 636 machine more this season! - Andy