MotoAmerica at The Ridge is done and dusted! What a weekend. Nearly 5 full days at the track has me spent. The time there flew by though, as it was a ton of fun! It was amazing having MotoAmerica in the northwest for the first time ever! The whole experience was eye-opening for a lot of locals.

The weekend started off with the Mid-Season Dunlop Tire Test, which was basically just a practice day Thursday for everyone to get acquainted with the track. 90% of the riders from MotoAmerica had never rode at The Ridge Motorsports Park before. My home track advantage was apparent the first day. I was always sitting high up in the time charts. By the end of the day though, the Superbike guys were doing some wicked laps, and my Stock 1000 competitors were as fast as me. I was pleased to drop my personal best lap time by over a second! 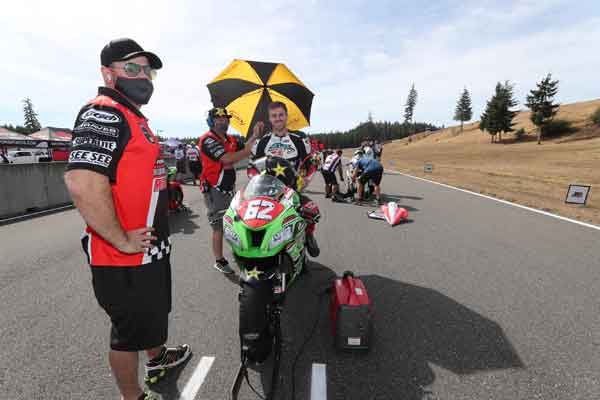 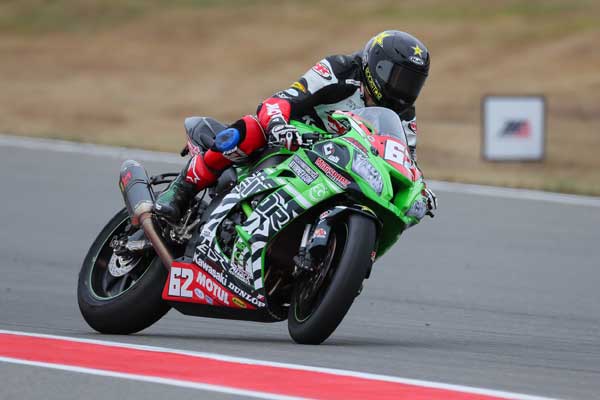 The main difference with my ZX-10R coming into the weekend is that we are running a VP Racing spec fuel for MotoAmerica, and my bike made about 12 horsepower less with it.

Despite the bike being slower, I went faster than I had gone before! But that's likely due to the higher level of competition there was this weekend. I made some setup changes to the bike and felt the best I've felt on the thing. Honestly the bike was totally different feeling than it was at the WMRRA club race a couple weekends ago. Eric Dorn at EDR Performance did a great job setting up the new Kit ECU and tuning the bike, as well as working with me to improve the suspension setup.

Friday was qualifying, and I was able to put down a 1:44.3 lap time, my fastest yet! In MotoAmerica, it's very common for riders to try to get a "tow". Meaning, they will wait for a faster rider to go by, and then they will follow them in hopes of pacing them to try to improve their lap times. Everyone does it. It's a tactic and sometimes it works. For me, I wasn't able to get a tow and I was one of the fastest guys, so there were only a couple people I could use anyways. So I focused hard on running fast laps on my own. I was able to run a blistering pace by myself, and I could do it consistently. I qualified 4th fastest, just a tenth of a second off 3rd, and 3 tenths of second place. Pole sitter and Stock 1000 championship leader Cam Peterson was almost a full second up on me. Despite qualifying 4th, my lap times on average were better than the 2nd and 3rd fastest riders ahead of me. So going into the races, I felt confident I'd be able to pass them and run with Cam.

On Saturday, I raced Superbike for the first time with the best in the states!

The fastest Stock 1000 riders get to do what is called Superbike Cup.

Essentially, it's a separate class with points and prizes. But it runs with the Superbike class. It was a blast to get out and race with my buddy Josh Herrin, Toni Elias, Lorenzo Zenetti, etc. The start of the race resulted in a 5 rider pile up, and I was tangled up in it. I had nowhere to go as guys crashed in front of me. Fortunately, my bike suffered almost no damage. We had to replace a brake lever guard, and right clip-on got bent.

I re-started the race, and mixed it up with some Superbike guys! I finished 11th in Superbike, and 2nd place in Superbike Cup! I was very excited with the result. To be second out of my top Stock 1000 competitors gave me a lot of confidence going into Sunday's races. For a while I was closing in 10th place, but I got some arm pump and had to settle and bring it on home for 11th overall. I am definitely not used to the longer Superbike races! The Ridge is the most physically demanding track on the circuit and the extra laps got to me. Time to get back in the gym.

When Sunday came around, I was fired up. Alex Dumas got injured in the Superbike race Saturday and withdrew from Sundays races, meaning I would be starting on the front row of the Stock 1000 race in 3rd. On the start of the race, I got a killer start and was able to set up a pass coming out of the chicane to take 2nd spot. Cam Peterson started making a breakaway, and so was I in second place. We had only completed a lap and a half before the red-flag was out. On the re-start of the race, I got an even better start, moving into 2nd spot with a pass into the chicane. My goal was to be more aggressive and try to stay as close to Cam as possible and not let him get away. His pace right out of the gate was insane. I am the type of rider where I like to ease into the race and build into things after a lap. But at this level, you can't do that. I wanted to fight for the win at my home round and I was the only guy who could challenge Cam this race. So with a better start, I was hard at work racing behind Cam. I pushed hard, and the grip was not as good as the original start of the race. The rear tire was stepping out and sliding. But I was for sure closer to him! We made our way out of turn 8 and started making our way up the hill. Its 4th gear wide open!

Cam pulled me some up the hill, and I wanted to make some ground back up going into turn 11. I was very strong in this section from turn 9 to turn 11 all weekend, especially on the brakes into turn 11. As I made the transition from the right hand turn of turn 10 to the left of turn 11, I had a good amount of momentum. It wasn't too much, it was precisely what I had planned for to make up some ground. I had broken even deeper into this section before. But as I tipped into the left bend, the rear tire lost traction and "skated" into the turn. At that point, I was already hard on the brakes trailing them into the corner. This is a very tricky section to brake into because the amount of lean angle you carry through here. So when the back tire got loose on corner entry, it put more force into the front tire that I was already heavily loading with front brake, causing it to break traction too. It started a grip/slide/grip/slide/grip/ and finally crash effect. You can see on TV that I fought it there for a second before finally hitting the deck. I slid off the track without drama, but my bike did a few tumbles. It was definitely a devastating moment for me. I wanted to be out there so badly racing in front of my hometown crowd and with my friends. I for sure could've gotten a podium! 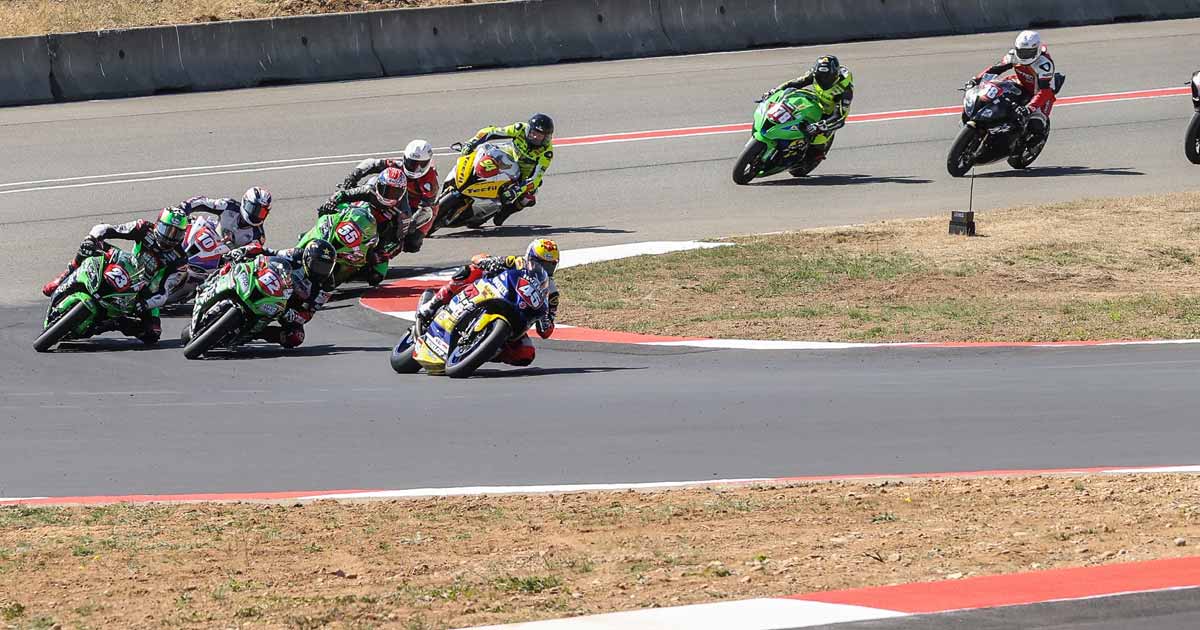 I am so happy with how I rode this weekend though. I was the fastest NW rider by a good amount all weekend long, and Saturdays Superbike race effort gave me something to be proud of. It was just a bummer to go down like that. My bike suffered a punctured frame. So my entire bike has to be torn apart and rebuilt with a new frame now, which is a huge pain and expense. Surprisingly, everything other than the frame was totally fine after the crash. My guess is when the bike tumbled in the grass, the frame landed on a rock and that's what smashed it.

Nonetheless, a FUN weekend and I am totally healthy and ready to ride again! Thank you everyone who cheered me on this weekend. It was so nice to be back at MotoAmerica and to get to share the experience with so many locals. Huge thanks to all my sponsors who have helped out with my road racing program this year!