I had a great first race weekend back, taking the win in all four of my classes on my brand-new Kawasaki ZX-10R! I am really enjoying the new bike. It is comfortable, easy to ride, and it feels fast. Every time I get out on the bike, we are making progress. I was hoping to jump on the thing and immediately start challenging that track record of mine, but that was not the case despite how well we were feeling. Everyone racing seemed to be off their normal pace during the first OMRRA weekend of the year. 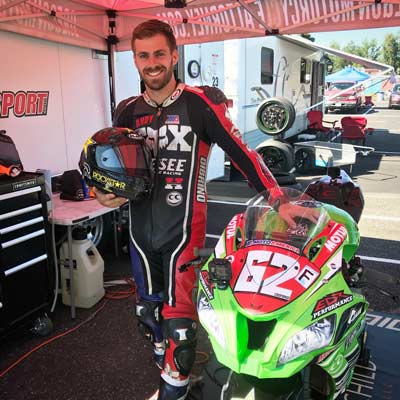 I have been extremely busy lately in addition to the road racing that has started up again. I just finished up the filming for the biggest video I have ever put together. It is something that I was planning and preparing for about four months. In addition to practicing, it took quite awhile for some of the vehicle preparation to get done, as well as assembling a team to help me film.

Finding a location to shoot my video proved to be the biggest challenge. I had everything planned and was waiting on that final detail for over a month. But finally, The Ridge Motorsports Park stepped up to help make this video happen.

That was not the final challenge though. Just days before my video shoot, almost my entire film crew bailed on me because a bigger job opportunity came up last minute. That job was a music video for Drake. Only 2 days before I had to leave for Washington, I had to assemble an entirely new crew of film people. My crew went from 5 film guys to just 1 in a single phone call. Marcus, aka Skuraweekly was sticking it out with me, fortunately. He was the guy I picked to edit this video and bring it to life, so having him still gave me hope I could pull the video off. I could not just reschedule the video to keep the same team. It was now or never. So, I was fast at work calling my list of contacts in the film world to see if anyone was available, but I had no luck. Everyone was booked up. It was clear to me I was going to have to search for people I hadn't worked with before and take a chance. I went on Instagram and started searching accounts for people who had experience filming what I had planned. Somehow, I was able to come up with four new guys to hop on the project. I was definitely nervous but being able to see some of their work on Instagram instilled some confidence. How well everyone would work together though, was the big question. 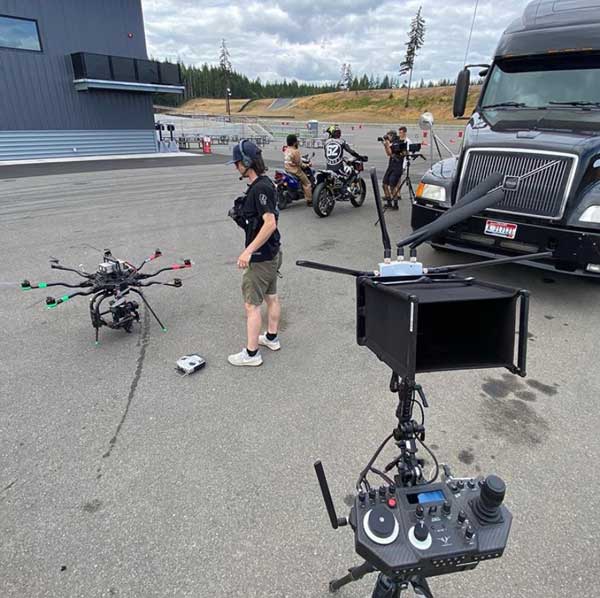 It was a super stressful deal. I literally planned everything. The concept of the video, the location, the storyboard of the video, the car/ bike design and graphics, the sponsorships, the film crew, the props. All the details down to the hotel rooms, food, snacks, and shoot schedule. Having experience being on these types of shoots helped me pull it off. Normally I would just be the guy riding. But having to be the guy orchestrating a team of 5 or more guys a day for multiple days on set was a challenge. But my job was made easier when this team of different people from different backgrounds worked together so cohesively. The team I had created was awesome and everyone worked hard and kicked ass! I am super appreciative of everyone who helped me. We all had a great time. It was a lot of work, nonetheless. 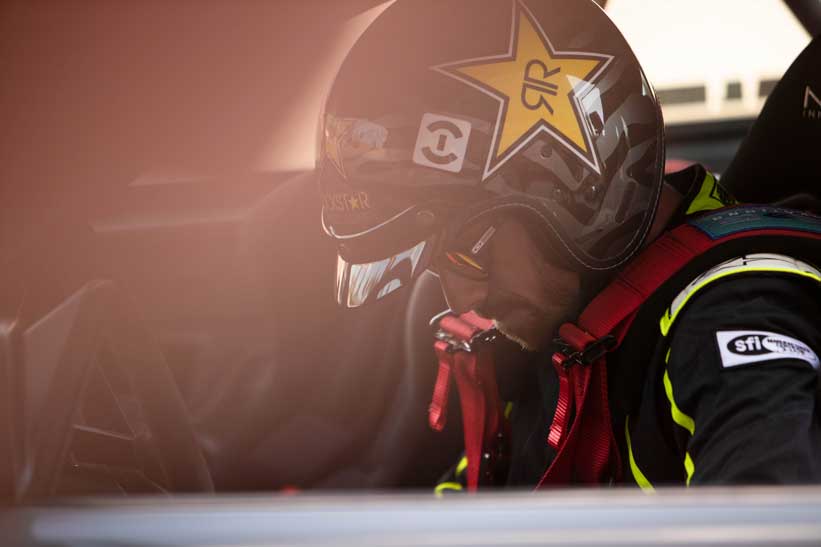 Man, I have been there nonstop lately between coaching, shooting a video, and racing! And I am headed back there next week for MotoAmerica! Anyway, I took on my most hectic weekend of road racing ever. I raced three bikes: my ZX-10R, a Ninja 636 (built by EDR Performance), and an older Suzuki SV650. The 636 ride came about a couple weeks ago. The owner of the gorgeous superbike 600 needed someone to race his bike, and I was lucky enough to get the call. I was able to win both of my races on it and show what the thing was capable of! And it's definitely capable of a lot more. I cannot wait to race it again and go even faster! 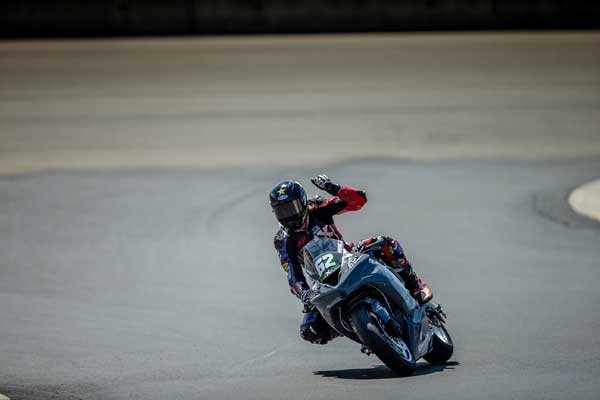 The 2003 SV650 I raced was my dad's idea to get. It was cheap and Suzuki is paying $500 per race win, so I think we will be able to pay that thing off here before the season ends! It was fun to hop on and race. Last time I rode a SV650 was in 2011, when I won all the class championships on one before moving up to a Yamaha R6. My first race back on it was a lot fun, until I crashed out of the race halfway through! We had not really set the bike up for me yet, and I was definitely pushing the bike a bit harder than it was used to and I tucked the front tire in turn 11. It was an easy crash though. A couple minimal repairs, and I was able to go out and win my next race on it!

The 1000cc races were tough. There were a lot of red-flags and restarts. I got the short end on the stick with those, because all 3 red flags we had I was leading the races. I finished 2nd in both Formula Ultra races and Open Superbike to WMRRA's #1 plate holder, Adam Robarts. I was able to take him down in my final race of the weekend in Open Supersport though! I faced a lot of challenges throughout the weekend and I felt like I should have won a few of those other races, but all in all I was pleased considering. The weekend was a major improvement over my performances there the last couple years! I was able to extend my OMRRA points lead, so that was key.

Time to prepare for MotoAmerica now! I am trying hard to get my body ready for the longer races. I have been fighting a nerve issue in my right hand that causes fingers to fall asleep, regardless of how hard or fast I am riding.

Til next time! - Andy