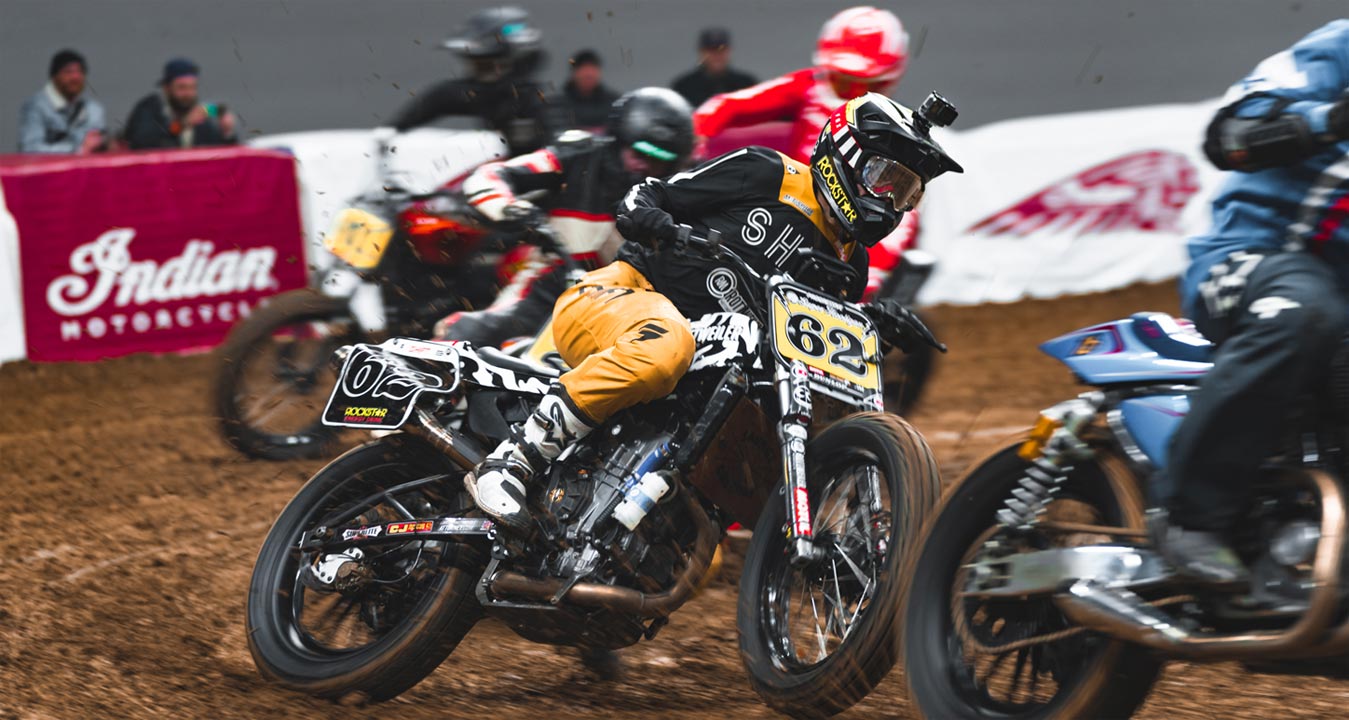 This year's 11th annual "The One Motorcycle Show" was held at the Veterans Memorial Coliseum in Portland, Oregon, for the first time. This is the first ever flat track race with dirt to be held in the stadium. Back in 1974, Evel Knievel did a jump here. It's an amazing venue with a lot of history. My last visit to the VMC was for an AMA Pro Arenacross race in 2018. Last time I raced in the VMC myself was back in the beginning of the 2000's at an amateur day following one of the Arenacross races.

Having the show and the race together in one venue for the first time was nothing short epic! As a racer, it has been hard to enjoy much of the show previous years, being that the races were previously an hour away in Salem. So this year, I got to hang out and take in the show all 3 days in addition to racing Saturday! It was fun clanking around in my steel shoe through the VMC on Saturday and getting to socialize with all the attendees.

Like years before, The One Motorcycle Show marks round 1 of the Super Hooligan National Championship. Now this year, two new major rules were made by the SHNC. Rule number one is a 400 pound minimum weight rule, meaning all motorcycles must weigh at least that much at any given time. I had to add about 70 pounds to my motorcycle to get it up to weight! Savage Custom made me some custom lead weights that bolt to the bike, including a custom skid plate that holds over 30 pounds of lead! I definitely lost some sleep about having to turn such light, nimble bike into a 400 pounder. Before the weight rule, we were sitting at around 335 pounds wet. 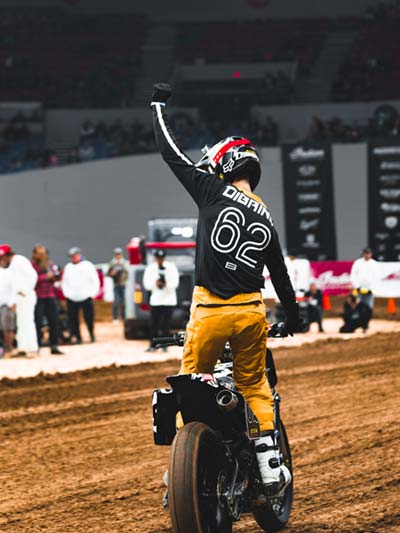 Rule number two is as follows; "Riders that do not have a current AFT Pro License or held a license during the previous year are eligible. Those riders that have a current or previous year AFT Pro License are eligible only if they have not qualified and participated in a main event. Pro licensed riders from other disciplines eligibility will be determined on a case-by-case basis. In general, top-level pro licensed riders (top 10 in standings) from other disciplines will be ineligible." Now because I held an American Flat Track license in 2019 AND finished 10th in a main event, I am not eligible to earn championship points in the Super Hooligan series. This was a big blow to me, as I have been a dedicated Super Hooligan racer the last 3 years. I am definitely bummed out about it, but I am trying to not let it get me down, and I am still planning on racing most of the events!

With that being said, I came out swinging on my KTM 790 Duke at The One Motorcycle Show. The track was like nothing most of us have raced before. The clay they brought in wouldn't dry out or pack in. So the track deteriorated fast with ruts and bumps, kind of like how a motocross track would. It didn't pack in smooth and allow for norming flat track style riding. It played into my favor though, being a motocross rider! I simply rode it like a motocross rider would, rather than trying to slide around the track. I won my heat race, earning a direct transfer to the main event and Dunlop Tires Dash-for-Cash! In the dash, I didn't get the holeshot. I got off in 2nd, and I had to work hard to square up the leader and make a pass out of turn 2, just before the white flag lap. I was able to snag the win, and the $500 prize! It was a quick, exciting race.

In addition to Super Hooligans, I was racing my Sunday Motors mini flat track bike, and a custom Alta Motors electric flat track bike in the first ever Electric National. The Sunday Motors bike started out as an 187cc engine, but my friend installed a 212cc big bore kit in it. It feels like a little 450! It's insanely powerful and fast for how small of a bike it is (14 inch wheels). I won my heat in the Sunday Motors over 150cc class, and came from last place to 2nd place in the main event after a stall on lap 2! In the Electric National class, I was racing against one other Alta, and 5 Zero Motorcycles. Davis Fisher, Sammy Halbert, and Cory West were a few of the Zero riders. I won the heat race over them all which was exciting for me and Blatant Moto, the group that built this custom Alta flat tracker. The bike itself won the best bike build award in 2019 at the show! In the main event, I was leading for a couple laps before getting slammed back to last by one of the Zero riders. I battled my way back to 4th, right on the heels of 3rd place. It was a short and unforgiving race, but it was still a lot of fun! We will win that next year. 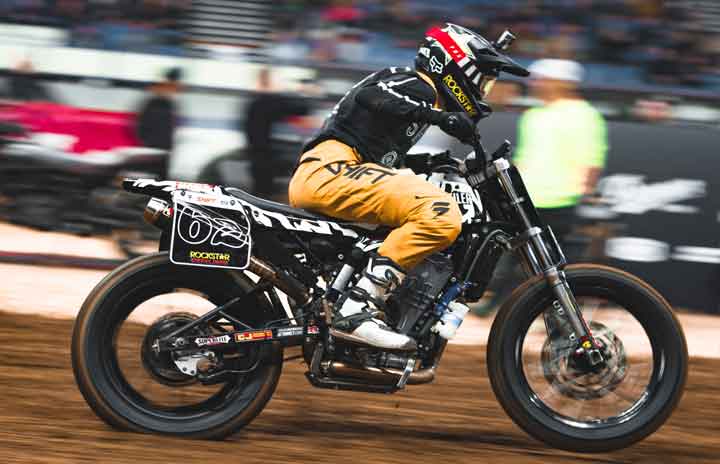 The Super Hooligan main event was the last race of the night. The track had taken a real beating all day. The track crew did everything they could to keep the track at its best, but it was still rutted and bumpy for us. But I liked it rutted and bumpy. The worse it was, the more confident I felt! I totally embraced the conditions. I took the holeshot and ran away with the win. I felt in my element the entire time. The sketchiest part of the main event was the lapped traffic. I wasn't worried about crashing on my own, but more so someone running into me when I came up to lap them. It almost happened a couple times, but I made it through to take the checkers with a comfortable gap! It felt good to get the win with the additional weight on the bike. It kind of proves a point that the weight of the bike doesn't matter, it's the rider that matters. The KTM sure does work well though, even with the extra weight.

All in all, it was an amazing day of racing for me and my team! To get the win in my hometown inside the VMC was super special to me. I felt like a rockstar.

Hats off to The One Motorcycle Show for a killer event this year! Can't wait for the 12th annual. - Andy